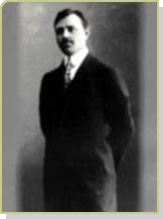 In the history of theory and practice of Near Eastern music, Azerbaijani music is famous the world over. Urmiyeli Seyfeddin Abdülmümin İbn-Yusuf el Urmavi (18th century) and Maragalı Abdülkadir Maragi (14th century).

The Azerbaijani musicologist Nevvab Mir Muhsin, son of Şuşalı Hacı Seyhid Ahmet Karabağlı, based on the works of the abovementioned specialists, includes information about the music of the Near Eastern peoples in his book, “Vuzuhul-Erğam” (Interpretation of Musical Terms) (19th century). All of these works, sections of which have been translated into European languages as well, suggest that the musical cultures of the Near Eastern peoples reached their peak in the 14th century, and rose to form the “building” with twelve “columns” and six “towers,” the dastgâh, which eventually spread over an area from Andalusia to China, Africa and the Caucasus. This “palace of musical culture” was established by the great scholar and expert on Greek music, Ebu Nasr Farabı, as well as Ebu-Ali-Sina (known in Europe as Avesina), El-Kindi and other scholars and thinkers.

The socioeconomic and political changes that took place at the end of the 19th century influenced this “musical palace,” creating deadly cracks in its walls; in time its columns crumbled and the palace fell to the ground.

Making use of the ruins of this crumbled “palace music” to create “makams,”, the people of the Near East created their own new “temples of music.” The twelve classical mugams underwent great changes; certain of these, once considered independently of each other, began to be seen by certain peoples as variations on other mugams; and some mugams once considered as sub-makams gained status as independent mugams in and of themselves. Thus the same mugam came to known by different names and classified differently by different peoples. Only the mugam “Rast” was able to withstand the destructive influence of time and events. Because of the firm foundation and logic of this mugam, it completely deserves its name “Rast,” meaning, “Correct, True.” The old musicologists considered Rast the mother of all mugams; the mugam “Rast” has preserved not only its name and scale, but its content and tonic as well. The form and fundamental tone of Rast is the same throughout the entire Near East. The tonic is the G in the minor scale. The note in the minor octave which we call G in the comparison below is shown to correspond even in antiquity to the fundamental of the Rast makam. Arab, Iranian and European musicologists tell us that according to the Ancient Greeks, the seven pitches discovered by Pythagoras corresponded to seven heavenly bodies.

The seven tones are:

The product of a long evolution, today’s Azerbaijan folk music reached its zenith in the very positive conditions provided by Soviet rule.

When examined from a scientific and theoretical standpoint, Azerbaijan folk music’s tasnifs (songs), dirings (lively rhythmic sections played between the sections of a makam, mahnıs (anonymous songs), dance pieces and other forms prove to be founded on a clear and consistent system. All of the scientific and theoretical hypotheses related to Azerbaijan folk music have evolved from this system.