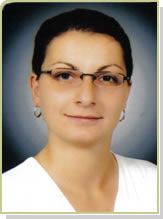 Anatolia, the home of various settled cultures since at least as early as 10. Millennium B.C., had a rich variety of musical instruments in ancient times. Numerous extant musical instruments, as well as depictions of different forms, provide us with clues about the ancient musical cultures of this region.

The evidence shows that a wide range of string, wind and percussion instruments have been used in the course of thousands of years in this land.

Several types of percussion instruments are richly represented in archaeological records of Anatolia. The oldest among these are extant scrapers made of bone and clay rattles. Seeing their relatively simple structures from our modern point of view, one may mistake these instruments for ordinary toys. Though they were magical tools for their initial owners; tools helping them to connect with the nature through sound and to communicate with deities.

Starting from Bronze Age, people made use of metal as well to produce instruments. Examples of rattles made of metal dating back to 3. Millenium B.C. have been found in central Anatolia. These instrument type, commonly known as sistrum, appears to have played an important role in religious ceremonies, as suggested by the ornaments projecting animals with significant symbolical meanings, such as birds and bulls.

Another widely used instrument of percussion type was cymbals. Sizes of the cymbals used in Anatolia varied from so called “finger cymbals”, which were played in pairs, a pair in each hand of the player -as we know from the belly dancers of Orient- to the bigger ones, the so called clash or hand cymbals, still in use in marching bands and orchestras. Cymbals, known in the region at least since early Bronze Age, have been found in tombs, given as burial gifts. Depictions suggest that finger cymbals have provided accompaniment to dances and hand cymbals were often used in ceremonies and processions. Other types of clappers, probably most often made of wood, were also a part of Anatolian instrumentarium.

Tambourine, still employed in many different forms of music, was also an important part of percussion accompaniment. Depictions of various sizes and forms, such as tambourines with or without metal jingles attached to the frame are plentiful.

Equally popular were frame drums and clay drums of various sizes. Especially the frame drum, an instrument closely associated with the ancient goddess Cybele, is often to be found in archeological evidence. Cybele-cult is believed to have transferred to ancient Greece and Rome through Phrygians, and the frame drum continued to play an important role in the rituals in these music cultures too.

Whistles of different material, varying from clay to bone and limestone, could be found in Anatolia since Chalcolithic times. Some of the clay whistles found in the museums of Turkey have a bird-like from. Although there are hitherto neither visual nor literary depictions found representing the use of the whistles, ritual function of similar instruments in other cultures are known from certain ethnomusicological studies. Moreover, the association of birds with divine forces, a characteristic in various cultures of the region, may suggest a deeper meaning of the bird shaped instruments. Thus the common practice of classifying these as “toys” in museum exhibitions might also need to be reviewed, as in the case of percussion instruments with simple physical structures.

It is still a debated issue, if horns used in ancient times should be considered as musical instruments, because of their limited capacity of producing melodies. Some refer to them as signaling devices, considering their communicatory function in hunting, wars and competitions. Nonetheless, horns, played in accompaniment of drums, took part in ritual performances as well. Playing techniques were similar to those of modern brass instruments. To increase the volume, they were sometimes tied together in pairs and blown together.

Aside from these two relatively simple wind instruments, flutes made of bone, ivory and metal have been played since thousands of years in the region, as remaining examples in various museums in Turkey prove. It must have been one of the main melody instruments of the people, used not only in ritual context but also during celebrations and for personal entertainment. Indeed, wind instruments made of cane and wood were used for similar purposes as well; however, it is almost impossible for these vulnerable materials to survive such a long time, hence no such extant instrument is known.

Because of the same reason, there are not any existing mouthpieces of the reed instruments, which were widely in use. But depictions of such instruments are numerous, mostly showing them being played in pairs, sometimes leading ceremonial procession of musicians. Similar instruments are still to be found in different parts of Turkey, performed mostly together with drums during weddings and other festivities.

So called Pan-flutes may also be seen in several depictions of ancient times, but the scarcity of these depictions in comparison to others, suggest that they were not as broadly used.

Hitherto, there has been no extant string instruments excavated in Turkey, yet there is enough archaeological and written evidence exhibiting the significance of them. Relatively poor rate of harp presentations in depictions found in the region, suggest that people of Anatolia had not favored these instruments as much as the neighboring cultures of Mesopotamia.

On the other hand, different types of lyres have been among the most essential instruments, at least beginning from the 2nd millennium BC. Numerous presentations of lyres depict not only the advanced structure of the instruments, but also the contexts in which they were employed. It is interesting to see lyres of different structures being played together in certain circumstances; an evidence of a distinction between certain instruments types and their functions.

String instruments of lute-family were also widely used, though incomparable with the prevalence of these in Ancient Egypt. Form of the lutes to be found on some Hittite reliefs show similarities to modern “bağlama” used in Turkish folk music.

As music has many different functions and uses, so do the musical instruments. However, almost all of the surviving literary evidence and visual depictions concerning the musical instruments are that of religious rituals, official ceremonies and festivities. Consequently, our knowledge of the ancient instruments and their uses are limited and hardly include their role in everyday life of the people.

Despite these limits, based on the available evidence, it is possible to see that quite advanced musical instruments emerged notably early in history. Many of the surviving depictions show processions of “orchestras”, consisting of different types of string, percussion and wind instruments; another hint of a rather sophisticated music culture. The studies in the area also revealed the individuality of ancient Anatolian cultures, rather than being merely absorbent of neighboring “high” cultures.