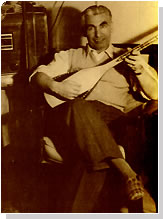 THE ISSUE OF TURKISH FOLK MUSIC AND POLYPHONY

As a person who has been involved in this profession for many years, I would like to express my gratitude to the club directors who organized this meeting, and my joy at the close attention showed by our enlightened youth in coming together in national culture and arts movements.

I believe that one who examines the values of Turkish folk music with a special interest and understanding will, agree that just as in all subjects in folklore, this issue should be approached within a multidisciplinary methodology.

We know that elements which distinguish a nation such as history, folklore, literature, music, law, art and language, though they may be distinct in a very real sense, are also interrelated. Our subject, folk music, is one of the links in this chain.

It is my opinion that the central subjects of folk music, with their own measures of value and scientific concepts should be the following:

The question of what folk music is;

Its melodic types and characters;

Its connections with and departures from general musicology and musical movements;

Its structure in relation to makam formations and the major/minor forms of western music, especially as conceived within Turkish music as a whole;

The functions of melodic degrees;

Variations, and local and regional characteristics according to the factors and events that affect the singing of folk songs, which constitute a performance style in and of themselves;

The effects of fake folk songs and radio, recordings and commercial music;

Its spread throughout the country and appearance of variants;

Determination of varieties as expressions of men’s and women’s feelings;

Types of instruments/dances and musical structures;

To make possible the study of the spread of old instruments focusing strictly on their traditional forms.

Determination of changes coming about as a result of cultural relationships and influences, and the addition of new traditions to old.

Such general information will broaden our understanding of the subject. But of course it’s not possible to address all these subjects within such a short amount of time. So within the time limits here I’ll try to present some of my views within the context of this information.

We have a folk music which exhibits certain differences from both our art music as well as from western musical genres. This music, with in its own values, contains important expression of human emotions. In addition, beyond simply an entertainment tradition, this music should be addressed as a true folk art which has emerged with its own unique and realistic understanding.

In the first attempts at researching and collecting folk songs, the following basic elements should be adhered to:

Events affecting the singing of folk songs;
Folk poetry which relates events;
Rhythmic structure;
Melodic structure; and
Elements of polyphony.
Especially in its instrumental system, sequential “themes” of fourth and fifths which come about with the blending of “A-D, A-E” tunings are one of the central aspects of the polyphonic elements of Turkish folk music. We also know that another characteristic of Turkish folk instruments, the “drone,” is an important concept in the polyphonic musical movements of the west. In the history of musical development, there are bibliographical sources which provide information on the place of fok songs and how this source was drawn upon over the ates, and especially about the influence of the “drone” in these movements (French musicologist Pierr Aubry, in his book, “Essai d’une Bibliographie de la Chanson Populaire, 1905,” and research on folk songs of the Balkans by the same author).

As the makam structure of Turkish music does not coincide with western technique, polyphonic Turkish music should be created within a technique all its own.

Here, in view of what I have outlined above, it is necessary to explain some critical points:

The fifth degree of folk music scales is generally arranged according to diatonic intervals. However, the half tones of the minor scales are more developed, and are the most suited to our national structure and character.

In conclusion, we can say that insofar as the move towards polyphony in Turkish music is a necessity, it is an extremely critical issue. It is a necessity, in that it is spurring a flurry of activity in the area of arrangement. Types of arrangements in which instrumental groups play from different tones but the lyrics are sung in a monodic style are not things that can be considered indications of new changes in our music. In the harmonization and choral arrangement of folk song, the harmonic use of the melodies’ main intervals should be tried. For example, it is quite possible to use the pedal tones of the Black Sea kemençe and a bağlama ensemble in the described above. In the Balkans, especially in Greece, instruments related to our bağlama called bouzouki and tambouras are being used in similar polyphonic musical applications and their pedal tones especially are transferred to the chorus.

If you enjoy a struggle, this is above all else a struggle in education. There is certainly work for us to do in the trends towards polyphonic and even electronic music. But this work should be carried out within an approach which conforms to our own national and cultural mentality and structure. In order to exhibit our taste and approach in the form of current values, we must not forget the important place of thought and feeling, as well as meaning and expression.