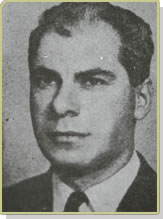 (1930-1989) Gültekin Oransay began his studies in the composition department of the Ankara State Conservatory, but left them halfway through in 1954 and went to Germany, where he studied musicology at Munich University. The title of his doctoral thesis was “The Melodic Line and Makam Concept in Traditional Turkish Art Music Between the 15th and 19th Centuries.”

Following his return to Turkey, he served as director and faculty member of the Ankara State Conservatory, Transcription Director at Ankara Provincial Radio, and Branch Director of the National Department of Education Fine Arts Administration. During this period he conducted collecting trips in the Kars and Gaziantep regions among others. Becoming an assistant professor in 1979, Oransay served as Chairman of the Turkish Religious Music section of the Ankara University College of Divinity. With a knowledge of German, English, Arabic, Persian and Ottoman Turkish, Oransay has done translations between these languages.