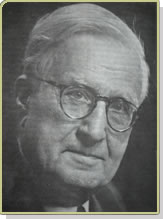 Hüseyin Saadettin Arel was born in Istanbul. Up until 1918, he worked in various govenmental institutions, writing articls on music and culture as an avocation. Even as a child he was taking lessons in both western and Turkish music, studying mandolin, ney, violin, kemençe and piano. In 1943 he was appointed director of TRT on a five-year contract. When this contract ended, Arel founded the Advanced Turkish Music Conservatory Association, and from 1948 on, published his writing through the press organ of the Association, “Musiki Mecmuası” (Musical Journal). The founder and first president of the Turkish Philharmonic Association, Arel was also a lawyer.

Arel researched the Turkish musical system and history from many different angles, and wrote theoretical works. He is one of three musicians who explained the Turkish musical system in scientific terms, the other two being Rauf Yekta Bey and Dr.Suphi Ezgi. As a composer, he contributed exemplary and original works of western style as well as Turkish music, but though these works number nearly 2000, most of them have not been printed or performed. Some of this writings which were printed posthumously include: