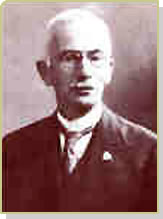 Rauf Yekta was born in 1871 in the Aksaray quarter of Istanbul. He retired in 1922, and from then on directed all his efforts to the study of music. He was one of the founding members of the Istanbul Conservatory, and taught “Theory and History of Turkish Music” from the day it opened. He composed nearly fifty works of religious and secular music, including especially fine instrumental pieces. But his most important contribution was to Turkish musicology; his studies were of the tonal system and musical classification. His students also made important contributions to the study of the tonal system and performance. His monograph, Turkish Music, which he wrote for Lavignac’s Encyclopedia of Music, was the first work to introduce Turkish music on an international scale. Rauf Yekta died on January 8, 1935.