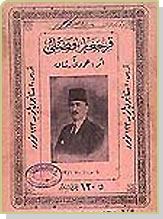 After Islam, Turkish music experienced its greatest period of development.  A great variety of peoples living within the Ottoman Empire all contributed towards the dominant Turkish music culture.  Though there was no reason to perceive the Muslim subjects any different within the system of ethnic origins, non-Muslims were in a different position.  As these societies did not generally serve in the military, they were able to be more active in the areas of commerce and art. Creating masterpieces especially in the areas of architecture, handicrafts and music, the members of these communities maintained especially close ties to the cultural environment of the Empire.

The separate character of the non-Muslim societies displays some very interesting aspects.  At the top of this category were the Armenians, Greeks and Jews, and these three groups brought up top-level artists.  Though not represented as heavily and the area of performance, there were non-Muslim composers who produced masterpieces of music.  This tradition has continued into the Republican period as well, with many artists today producing works in Turkish style and musical approach.

Below is a list of the names, professions and birth/death dates of these artists